Why Learn Spanish?
Mrs. Redman was born in Texas and raised in Mexico. She attended Logan High School as an exchange student for one year, and later received a BS in Engineering from the “Instituto Tecnologico y de Estudios Superiores de Monterrey” in Monterrey, Mexico.

After graduating she worked for a computer systems company. A year later she moved to Kansas City where she worked for an air pollution control company managing international projects.

After getting married, Mrs. Redman moved to Norfolk, VA, attended Old Dominion University and NSU and started her teaching career. She lived in Virginia where she taught for fifteen years. In the summer of 2012 her family moved to Georgia and she started teaching at Cambridge HS. She loves dogs and recently rescued a 10 yr. old yellow lab named “Arenas”. 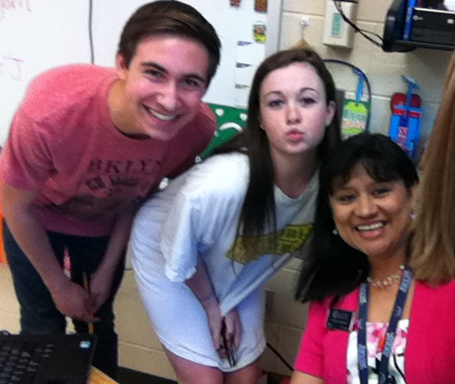